Still trying to get over the fact that I live so close to a whole continent full of cool countries… cool countries that are CHEAP to get to. I’m still used to having to pay $1000+ just to fly to Europe, but Celsey and I did an entire Portugal holiday (with flights and hotel) for under £160. And if that’s not a great deal I don’t know what is. 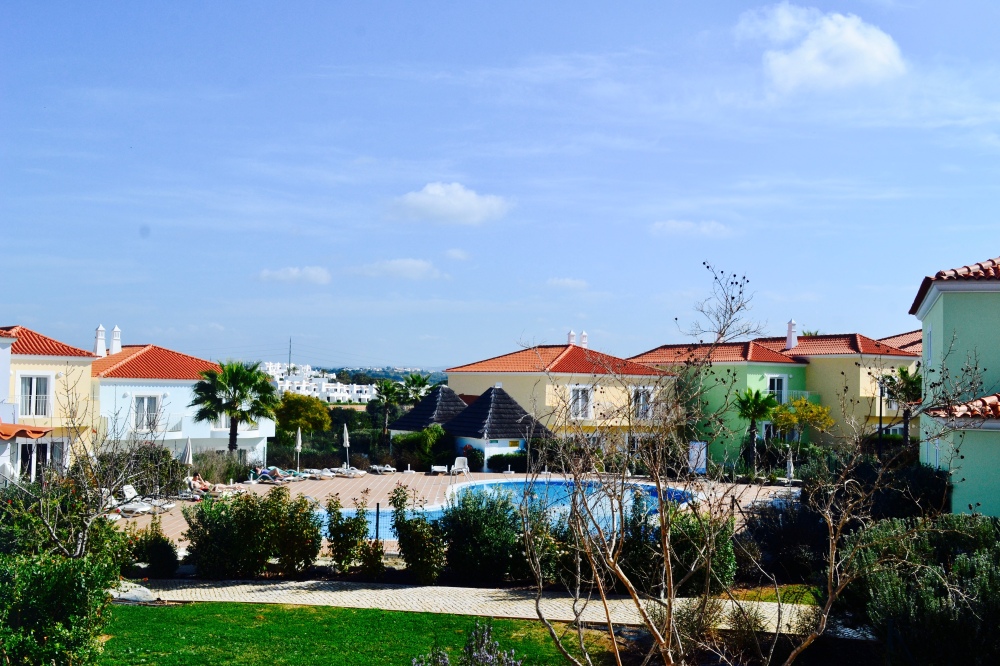 I had absolutely no idea what to expect when traveling to Portugal, I didn’t know anything about the culture or the landscape or what the food was like but I was excited to explore somewhere new (and fill up another page of my passport!)

After a loooonng day of travel we got to our hotel (Eden Resort) in Albufeira and were blown away by how nice it was. It was less a hotel and more of resort. Instead of traditional hotel rooms you had a condo/ apartment. It was way bigger and nicer than we expected. Our apartment had a huge bedroom with 2 beds, ample closet space, a full dining room, living room, full kitchen and patio overlooking the pool area. The kitchen was stocked with everything you might need like plates, spoons, cooking utensils, pots, pans, coffee maker, etc. It was nice to be able to make our own food some of the nights, although the food was so cheap in town we mostly took advantage of that. 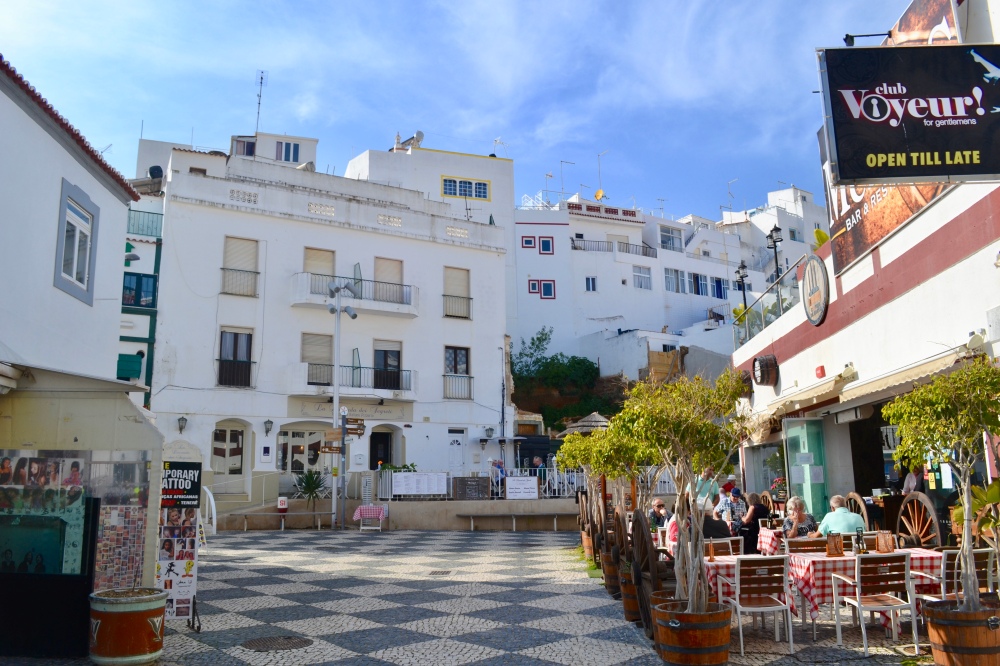 Since this was more of a “relaxing holiday” we stuck to the “old town” area where the free hotel shuttle dropped us off every day. Even though we didn’t do much exploring there was still plenty to do and see in town. We didn’t worry about catching the shuttle back to the hotel on most evenings since it was only about a 4€ taxi ride!

The old town is full of cobbled streets with touristy shops, restaurants and bars. All the locals we encountered were extremely friendly and just had a great, infectious attitude that made us have a great time as soon as we walked into town. 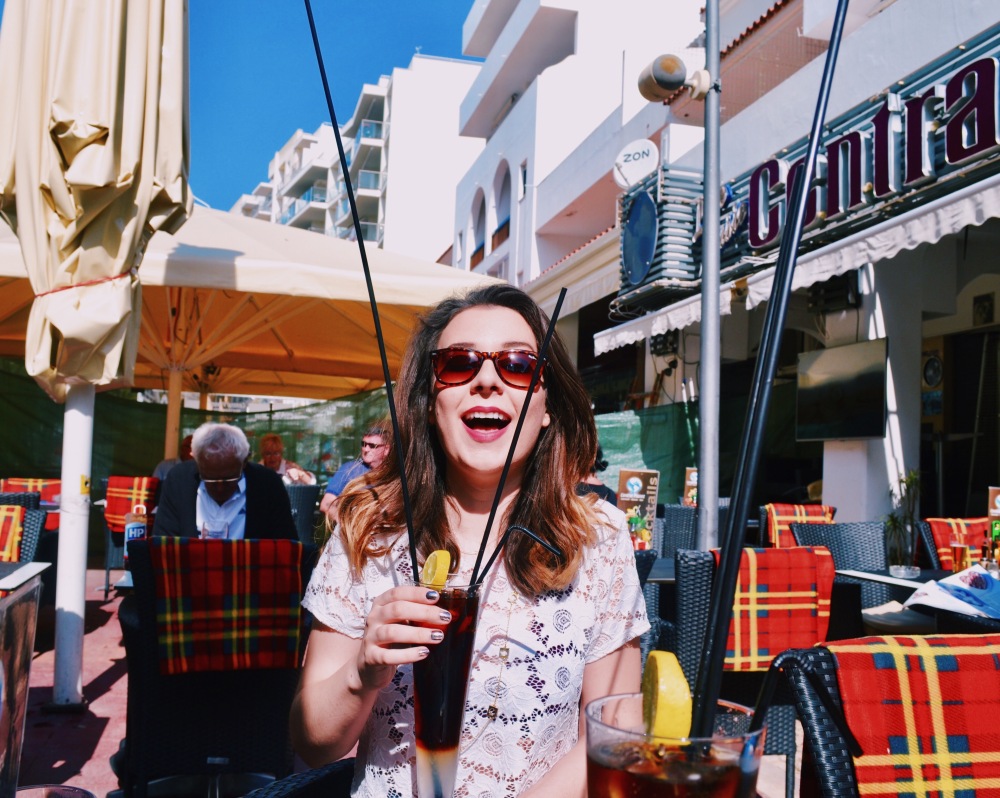 I don’t know if this is just an Albufeira thing, or a Portugal thing but every drink we got had these insane giant straws in them. I don’t know if these have a point but they made drinks 200% more exciting and hilarious to drink and I am all for this trend coming over to the UK.

The best part, by far, was the BEACH! I have never been a beach person but having been without a good sandy beach for 6 months I didn’t realize how much I missed it! We were lucky and had perfect warm weather to lay out and just relax while listening to the waves.

Blue sky, turquoise waves, soft sand, beautiful cliff sides and warm sun; what more could you want out of a vacation destination? I didn’t realize how much I missed the sun and was in desperate need of some Vitamin D.

On our second day in Portugal, Celsey and I decided to do “brunch on the beach”. We got amazing pastries, fruit, meats and cheese and sangria and brought it all down to the water. It was one of the best ideas we had the whole time, perfect views and great food! 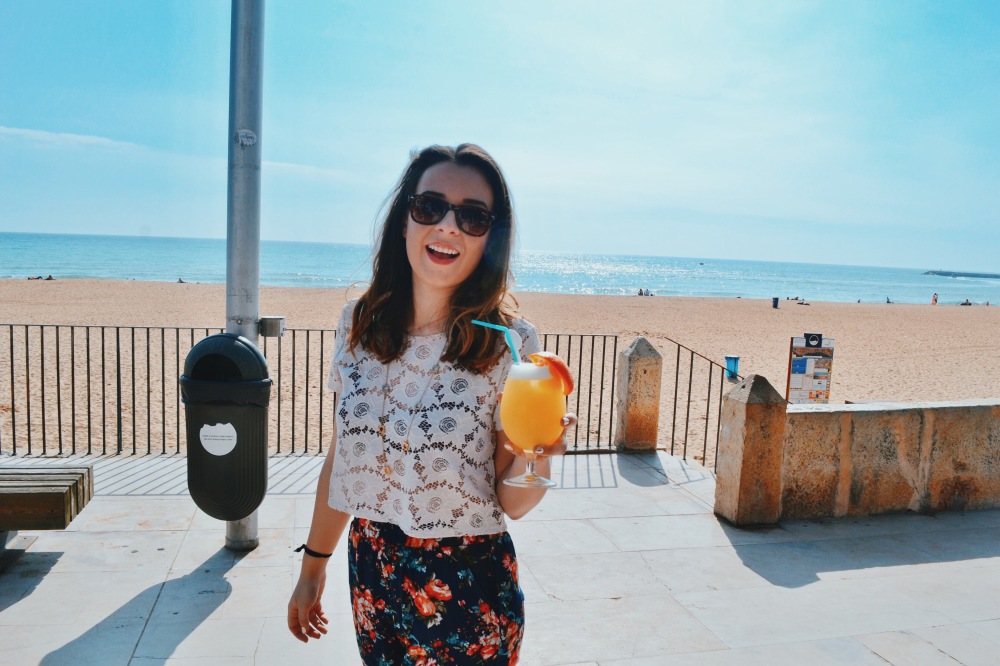 You can’t miss the beachside cafes! They have some insane happy hour deals, and in Portugal, Happy Hour pretty much means all day. I don’t think there is anything better than sitting on the beach, sipping a pina colada and enjoying the sunshine. 10/10 would recommend. 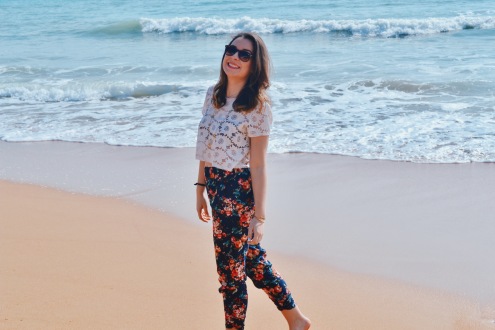 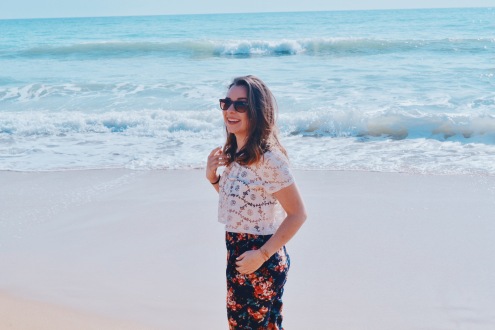 Down one of the little streets we stumbled upon a little spa (Zensation) with ‘fish pedicures’ (yes just like in that episode of Keeping up with the Kardashians). We said “why not” and gave it a try. For only 15€ you can get the dead skin eaten off your feet by small fish. And that probably the strangest thing I’ve ever done. Weirdly enough, after the fish were done nibbling away our feet felt surprisingly nice? I’d give it a 10/10 just for the 15 minutes of uncontrollable giggles.

By far the best part of our trip was the ‘nightlife’. If you know me at all you will know that I am the opposite of a normal twenty-something and would much prefer to stay in with a movie to a nightclub any day. But I thought, while on vacation, why not? To both my and Celsey’s (happy) surprise, ‘The Strip’ of bars and clubs was closed for the off-season. 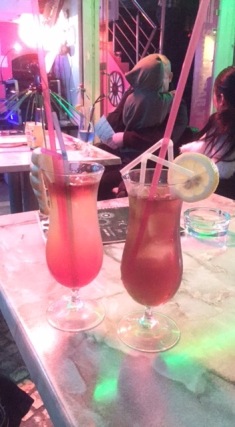 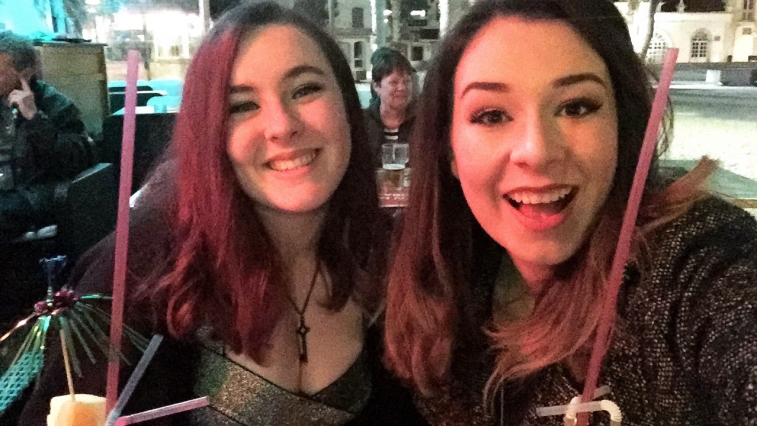 Instead, we stumbled upon both of our ideal night out: a karaoke bar filled with fun drinks and old people. We were the youngest people there by about 20 years but we had so much fun with them! We made friends with the group of six hilarious older women from Canada sitting next to us, a couple from Holland and a bunch of groups of friends on holiday. I swear I get along better with old people than people my own age. By the end of the night (which was a very reasonable 11pm, I enjoy sleeping) we had convinced everyone to go up and sing some songs and the nice old people had even bought us drinks.

The best part is that old people dance just like I do! I am no longer the awkward one who can’t dance! And everyone is tired and ready to go home by 11! Am I just like a 60-year-old in a 22-year-olds body? Honestly I don’t care, because we had the best time. Where can I find old people karaoke bars in London?

By the time I got back to London I was already itching for another adventure, stay tuned for another travel post when I go to Scotland next!